Nearly four months after British voters shook the great kaleidoscope of European politics and voted to leave the EU, the pieces are still in flux. Right-wingers across the continent are still enjoying their moment of glory, Nigel Farage shows disappointingly few signs of retiring, and Brussels still can’t quite decide whether to play nicely or punish the British for their insubordination. Private Eye magazine probably came closest to hitting the mark this week when it pointed out that the main reason Brexit hasn’t affected the economy much yet is because Britain still remains a full member of the EU.

I’ve spent much of the last few months in East Africa – part of that huge swathe of the world which was, until the 1960s, run from London. Half a century after the sun finally set on the British empire, this region still has strong ties to Britain, and remains dependent on the British for much of its trade and aid. Many leading Leavers hope that even if trade between Britain and Europe declines in the future, trade with Commonwealth countries like Kenya and Uganda could help replace it. What, then, does Brexit look like from here?
Generally, most politicians, economists and journalists have assumed that the effect of Brexit on Africa will be very negative. Brexit, the thinking goes, will trigger an economic downturn in Britain, which will in turn lead to reduced trade between Britain and Africa. Tourism will decline, and the British will spend less on development aid. Barclays recently forecast that post-Brexit, growth in sub-Saharan Africa is likely to halve to just 1.4% this year. Without the British, the EU also looks less likely to reform the agricultural subsidies and tariffs which have long blocked African farmers from competing in world markets. For African economists at least, Brexit is bad news. 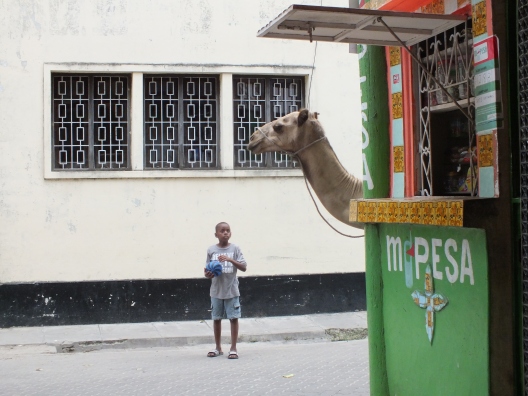 In the African press, reactions have been a bit more mixed: Kenya’s Nation newspaper claimed that ‘After Brexit, Africa Should Brace Itself for an Anarchic World’, but Uganda’s Monitor declared that ‘UK Exit From EU Would Benefit Uganda’. But what do people in Africa – both the Brits living here, and the locals – think? There is, of course, something ridiculous about trying to condense the views of an entire continent into a few snappy bullet points, but a few conversations this week displayed an interesting range of opinions. In keeping with old European habits in Africa, it’s perhaps helpful to think of the people I spoke to as belonging to one of several distinct groups.

The first group consists of what one might call the liberal internationalist expats: the well-meaning, well-educated professionals who run many of the region’s embassies, non-profit organisations and charities. Among this group, reaction to the referendum result has been predictably negative – they mostly lean to the left politically, and have built careers in an industry which thrives on the principles of international cooperation, pooled sovereignty and careful diplomacy. “It’s the biggest geopolitical disaster for more than a century”, one forty-something British expat told me over bottles of Nile beer in a starlit Kampala pub garden. “Worse than Iraq, worse than Suez, an absolute disaster.” Some of the concerns of this group seem valid – Theresa May, for example, looks set to make development aid less of a priority than David Cameron. But throughout the region, I also heard a lot of Brexit-means-world-war alarmism which seemed driven more by gut reactions against isolationism than by rational analysis. “I still just can’t believe it”, one British diplomat told me, sounding as if she might burst into tears at any minute. “It’s really the end of Britain as any kind of global power. My kids are going to grow up in a world of conflict and hatred, and that breaks my heart”.

However, a second group of Brits in Africa takes a rather different view. People who one might think of as old colonials – white Brits who’ve lived in Africa for years – seem to be disproportionately in favour of Brexit. Well-educated and rather upper-class, they still have deep ties to the UK despite living abroad for decades, and have perhaps a stronger sense of history and identity than those who’ve never had to think about which country they should call ‘home’. Several of those I spoke to were curmudgeonly about many things, but surprisingly optimistic about the future of Britain outside Europe. Some even seemed to see Brexit as a way for Britain to reclaim the global role which it enjoyed in the heyday of empire in Africa. Out on the Swahili coast of Kenya, I met one old Englishman who’d spent more than twenty years working as a doctor in the tropics. For him, Brexit represented not a retreat into isolationism but a great stride back onto the world stage. “Now we can finally stop being obsessed with this tiny little corner of northern Europe”, he said. “We might trade a bit less with France and Germany, but we can trade more in Africa, in Asia, in Latin America. We haven’t left anything! We’ve joined the world!” A few days later, another ageing British expat in the mountains of eastern Uganda expressed similar sentiments. “The EU is nothing but a great big scam, designed to help the bankers and lobbyists. But now we’re free at last, ready to rejoin the wider world!” Ending his diatribe against the EU’s colonialist and elitist tendencies, he brusquely ordered one of his black servants to bring him another pot of tea. 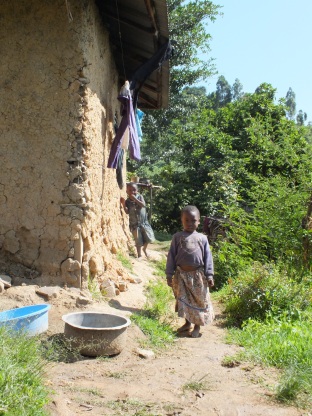 Then, of course, there are the Africans themselves. In major cities and government ministries, it’s relatively easy to find people who are concerned about the effect of Brexit on trade, or the potential loss of the EU as a counterweight to China. Others, though, see echoes of Africa’s own struggles for independence. “Congratulations on winning your own independence!” one Kenyan man said to me while we looked at the Jomo Kenyatta exhibits in Nairobi’s national museum. Mostly, though, people don’t seem to give a damn. In the major East African newspapers, big Brexit news stories – the referendum vote itself, or Theresa May announcing likely the date for actually triggering Brexit – might get a brief mention on the international pages, but everything else is ignored. Theresa May is not a household name in Kigali, and the bars of Kibera do not host impassioned debates about the future of the customs union. This is probably unsurprising, but it also serves as a useful reminder that what seems like epic news in London or Amsterdam is, to much of the rest of world, no more interesting than the failed peace deal in Colombia, the massacre of protesters in Ethiopia, or the latest corruption scandal in South Africa. A Brexit butterfly flapping its wings in Europe might cause a storm in Africa, but it’s much more likely to go unnoticed. “I don’t think it matters a great deal”, one young man in a crowded minibus told me. “Europe or no Europe, Britain will always be Britain”. One can only hope he was right.