The Sudden Death of the Dutch Labour Party

With only ten days until voting begins, the Dutch elections are still a pollster’s nightmare. Will the ‘Party for the Animals’ pull off a surprise victory? Or will the ‘50 Plus’ party for pensioners finally get its chance to shake up the Dutch parliament? In a fragmented system where coalitions are the norm, no-one really knows.

In the international media (and on this website) most of the attention remains focused on one man: Geert Wilders, the lion-haired Trumpian scaremonger who’s set for his best-ever election performance. However, the probability of Wilders ending up in power is low, and there’s a risk that a bigger story is being neglected: the near-total collapse of the Dutch left.

For decades, the Dutch Labour Party (Partij van de Arbeid, or PvdA) has been one of Europe’s great left-wing political parties; producing several Prime Ministers and typically holding between a quarter and a third of seats in parliament. 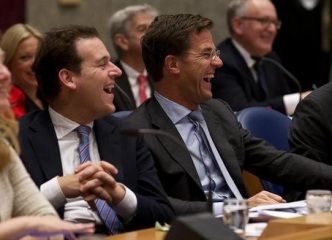 Since 2012, the PvdA has been a coalition partner in government, and currently holds major cabinet seats including the Deputy Prime Minister, Foreign Minister and Finance Minister. Now, though, the PvdA suddenly finds itself staring into the abyss. Polls predict that the party’s share of the vote will slump to perhaps a quarter of its previous level, and that it will lose around 70 percent of its seats in parliament.
With the PvdA set to go from being the second-largest party in the Netherlands to the seventh, its leader, Lodewijk Asscher, doesn’t risk overstating things when he says “there’s room for improvement.”

So why is the PvdA doing so badly?

Firstly, the party’s woes reflect the fact that Dutch elections are becoming increasingly competitive. As the big parties have faltered, smaller ones have sprung up around them, stealing shares of the vote like birds pecking at a carcass. In the mid-1980s, the three largest parties in the Netherlands won about ninety percent of the seats in parliament. By 2012 that figure had fallen to about sixty percent, and this year is likely to fall below fifty percent. With more than a dozen parties now competing for seats, behemoths like the PvdA are naturally struggling to preserve their support. On the left, smaller parties are set to do rather well. The liberal ‘D66’ party is headed for its best election performance since the early 1990s, while the ‘GroenLinks’ (Green Left) leader Jesse Klaver is also doing well, thanks to (or perhaps despite) ham-fisted efforts to rebrand himself as a Dutch Justin Trudeau. The arrival of fresh faces may be welcome – but it also means that the Netherlands, a country famed for its liberal values, risks being stuck with no clear leadership on the left of the spectrum.

Secondly, the PvdA is also suffering from a case of what the Brits might call the Lib Dem effect. The PvdA has spent the last five years propping up a centre-right prime minister, Mark Rutte, who’s implemented a typical centre-right austerity agenda: cutting government spending, introducing stricter immigration policies and taking a tougher line on law and order. PvdA leaders defend their record in government, saying they’ve helped rein in right-wing excesses while fixing the Netherlands’ fragile economy. But to many of the PvdA’s traditional supporters, it seems more like the party has sold out its principles in order to enjoy the trappings of high office. As The Economist magazine once put it, the PvdA has “lost support on the left by governing in the centre”.

A third problem is that the PvdA has been losing the support of many ethnic minority voters. Traditionally, the party’s pro-immigration, pro-poor policies helped it hoover up votes from minorities, including the substantial Turkish and Moroccan populations which live in places like Rotterdam. One might think that the rise of Geert Wilders, who noisily abuses immigrants whenever a camera appears, would boost support for parties trying to defend minorities, including the PvdA. In fact, the opposite seems to have happened. In an increasingly polarised atmosphere, many minority voters have broken with the PvdA in favour of more left-wing parties. In 2014, two Turkish MPs, aghast at the governing coalition’s immigration policies, broke away from the PvdA altogether, quitting to form their own party. The party, one of the MPs said, had become like “an inverted car wash, where you go in clean and come out dirty”.

Fourthly, the collapse of the PvdA also reflects a broader decline in the fortunes of left-wing parties across Europe. Broadly speaking, the left had a good run in the 1990s under

leaders like Tony Blair and Gerhard Schroder, but then made itself unpopular by introducing spending cuts which appalled traditional supporters. At the same time, centre-right leaders like David Cameron began pinching some of the left’s most popular policies: school reform, minimum wages, environmental protection and gay marriage. Simultaneously, far-right populists like Wilders began stealing voters from the left’s traditional base, with promises to cut immigration, cut taxes, and take back control from the governing elites. As a result, the Dutch PvdA aren’t the only leftists in trouble – France’s Socialists are about to lose power, Italy’s Matteo Renzi has been forced to resign, and the UK Labour Party is in an abysmal state. In the US, the Democrats are also still reeling from a crushing defeat. As the commentator René Cuperus put it, social democrats in the Netherlands and elsewhere find themselves stuck as “neither opponent nor engine”, unable to disagree strongly with much of what the government does, but also unable to articulate a significantly better way of doing things.

Finally, and perhaps most importantly, the PvdA’s problems are rooted in its failure to respond to the challenge posed by populists. As Geert Wilders’ arguments have gained traction, Prime Minister Mark Rutte has steadily shifted his rhetoric rightwards, saying (for example) that a Dutch-Turkish protester should “go back to Turkey.” This shift has horrified some people, but it’s not unpopular: most polls show Rutte gaining ground on Wilders. In contrast, the left-leaning PvdA has often appeared to be suffering from an identity crisis, simultaneously pledging traditional left-wing policies (higher taxes on the rich) while also clumsily pandering to the right (clamping down on free movement within the EU). This week, former PvdA leader Wouter Bos said that the party was “terribly oriented” on policy, and that Geert Wilders had a better understanding of Dutch workers’ anger than those on the left. Bos was criticised for his comments, but he was right.

It’s still not impossible that the PvdA might pull a late rabbit out of the hat, and do unexpectedly well in the elections. However, that looks very unlikely. 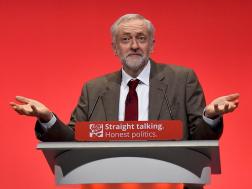 A large proportion of former PvdA voters now say they either don’t know who to vote for, or won’t bother voting at all. Perhaps the biggest question, though, is how the PvdA will react to a disappointing result. Can the party find new leaders who are more in tune with the public mood? Can they develop new policies which win back disillusioned ethnic minorities voters and blue-collar workers, while also appealing to urban liberals? Can they return to government without further compromising their values? Or will they, like UK Labour Party, keep marching down the road to oblivion?